Is Peppertype AI Better than Conversion.ai and ContentBot When It Comes To Short-Form Content?

A lot of focus has been given to long-form content in AI writing — and rightfully so, since many of us are aiming to be SEO-heavyweights if they’re not yet already. But how about the ad copy folks? I think they might have been slightly neglected!

Peppertype AI is another GPT-3 tool that can help you generate short-form and long-form content using its AI. This post will be all about what I personally think of the tool and why I like/dislike it.

I will also be comparing examples and the  results from these three AI writing tools: Peppertype AI, Conversion.ai (Jarvis), and ContentBot. I’ll be testing out their short-form content.

At the end of this blog, I’ll share with you my own conclusions from my findings. Let’s get started!

Before we get started, let’s look at what Peppertype AI considers to be short-form and long-form content on the table below. This will give everyone much needed context and information for this review.

To test out the results of the three AI writing tools, I used Vidstep for the input and compared Peppertype AI’s results with what Jarvis and ContentBot got — mainly because currently Jarvis is in my honest opinion still the king of all GPT-3 tools, and ContentBot is a fantastic tool which has loads of short-form options (not to mention unlimited words).

Format: AIDA (but the general output is similar for others like PAS and BAB)

Attention: Are you looking for a new way to create video content?

Interest: Vidstep is an instructional, smart video app that helps you easily create “click, play, do” instructional video content for product demos, sales, team support and micro courses. Our platform includes everything from screen capture tools to animation templates and voice-over options. We’re also the only company in our space with a full suite of analytics so you can see how your videos are performing at every stage of the customer journey.

Desire: With Vidstep’s simple interface and easy-to-use design tools, anyone can make professional quality videos without any prior experience or training. You don’t need expensive equipment or software because we have it all built right into our platform! And if you ever get stuck on anything while creating your video content – just ask us! We love helping people who use our product succeed by providing personalized support whenever they need it. It’s what makes us different than other companies out there today!

Attention: Are you overwhelmed with the amount of video content your team needs today?

Interest: Vidstep creates “Click, Play, Do” instructional video content for product demos, sales, team support and micro courses. It combines the concept of video production, creation and distribution. We have a easy to use live editor for online videos, a app version for smartphones and tablets, and a content-management system for backend creation and edit.

Desire: Specifically designed for businesses, Vidstep is a powerful video creation and publishing platform that makes content creation simple and fast. With over a decade of experience, we provide a B2B product that offers a great ROI.

Action: Get ready to create and publish your first video content in just a *

Attention: Videos are proven to be more than 2x as effective as text-based content. Sales, marketing, customer service and education professionals can now create “click, play, do” videos to help their customers, users and audience members learn, buy and succeed.

Interest: Vidstep is an easy-to-use, cloud-based platform that not only simplifies the video creation process, but also eliminates the numerous time-consuming hours of video post-production required to create so many instructional videos.

Desire: It takes the traditional 6-10 hours of work needed to create a simple 5-minute video and reduces it to about 10 minutes.

While going through the results from Jarvis, ContentBot, and Peppertype, did you notice any subtle differences between the 3?

⚡ That’s right! Both Jarvis and Contentbot only use questions in their outputs while PepperType has a mixture of questions and bold statements.

⚡ If you’re using these tools as inspiration for ad copy (aka the right way) and not copying the text wholesale (aka the wrong way), this will definitely help you move towards the right direction!

Overall, there are 4 main things and features I like about Peppertype AI:

They’re not a startup per se. They’re a subsidiary of PepperContent – a decently sized Content Marketplace company. If we get screwed over, it won’t be because they shut down due to a lack of resources.

They have sustainability in mind. The deal limits of 70,000 words (NOT characters) is very decent for short-form (which is what I’m using it for) and you can increase those limits by leaving them reviews on the various platforms. More on that later.

The inputs have “Advanced Options” like “Occasion”, “Promotions”, and “Target Audience”. These are similar to what Jarvis has, except Jarvis only has “Tone” as an advanced option. Not many (if any) other tools have it.

They appear to ‘remember’ your inputs (autofill). If you leave the page and come back, all you have to do is to hover over the product name field and click one of your past input names. The description will autofill depending on which product name field you select. In comparison, Jarvis and Contentbot only remember the last used input fields. There is no autofill/memory feature. This is great for when you have to rewrite something!

There seemed to be an initial confusion about the short-form category and the long-form category. One way to mitigate this is to treat everything as limited, which is what I do anyway. No point losing sleep over this in my opinion.

Remember, according to their deal, shortform content = unlimited words.

** Update: The Peppertype Team had made this clear in one of their statements to avoid confusion.

For clarification of what is considered as short-form and long-form content, refer to the table we shared earlier in this blog.

The PepperType outputs are currently limited to 400-600 characters while Jarvis does around 900-1200 characters. I know OpenAI has placed a 1500 character limit on the total count (both inputs and outputs) so a 180/400 input + 600/400 output still falls WAY below that number (nearly 1/2). I would like to see that limit increased to OpenAI’s limit of 1500 characters per total input/output. Fortunately, it seems like this is up next on their roadmap.

No unlimited words. Just earlier, I literally just said “They’re sustainability-minded”. Even so, because we’re so pampered by other tools, it’s hard NOT to have these sentiments.

Here is Peppertype AI’s roadmap. Be updated with the future changes that’s coming to this GPT-3 tool!

By leaving a review about Peppertype AI in all of these 4 platforms, you’ll get an additional 50,000 words total on your monthly credit.

Give them an honest review and you’ll get those extra credits. I gave them 4 tacos on Appsumo and 3-4 stars on Capterra & G2 in certain categories and still got the upgrade.

Drop their support an email with the screenshots provided to get it (It might take a couple of days).

For a short and decisive conclusion, I like Peppertype AI more because it constantly gives better results for short-form content compared to some of the other tools mentioned above.

It also has a bit more versatility than the other GPT-3 tools I’ve used (and I’ve used almost all of them).

So for our fellow ad copy folks, you may want to try Peppertype AI to generate ideas and copies that are compelling to your readers, leads, and customers. 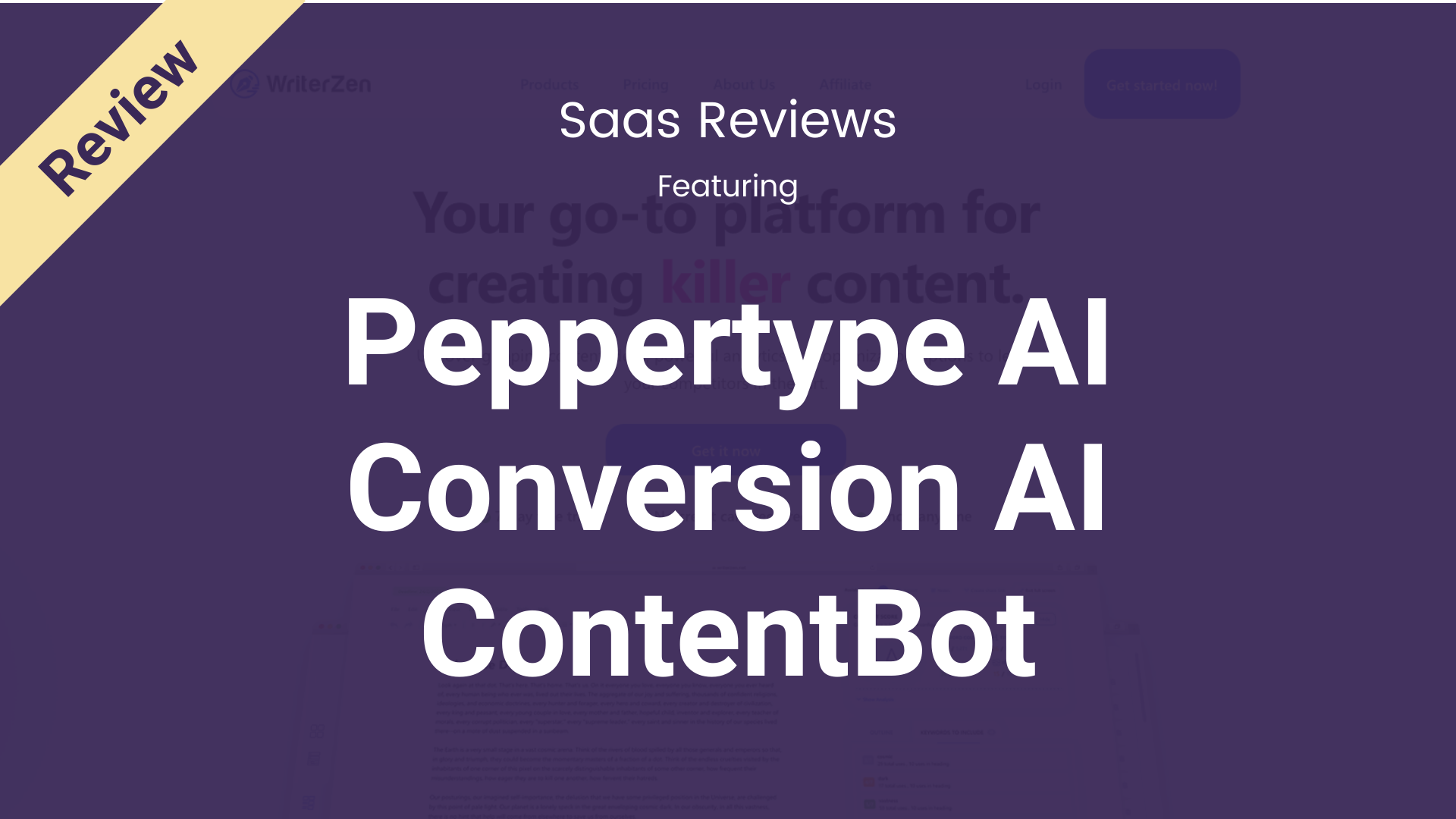