Written by Fabrizio Spanu from Digitalfastmind

Pagescreen.io is now available on Appsumo just after Hexowatch relaunched their LTD on the same platform.

These two apps are similar because of the features they provide, but a big difference to point out between these two is their prices. Hexowatch’s deal is more pricey compared to Pagescreen which is way more affordable.

Pagescreen has been around since 2017, and I look forward to its development and new features in the future.

But in this mini-review, let’s talk about Pagescreen’s current state, especially the features that it has now:

Then this deal won’t work for you and you should consider Hexowatch instead.

✅  The app works well out of the box  with minimal setup

✅  Simple and efficient notification system based on page changes the percentage

✅  Quality of the screenshots collected

✅  Daily archives that can be easily downloaded and kept for records

I reduced Pagescreen’s score to 4 stars because this tool misses particular advanced monitoring features like the ones I mentioned above. In application, you can only use Pagescreen to monitor the “visual side” of the web pages you’re monitoring.

However, with that said, Pagescreen remains a solid and well-priced alternative to monitor websites for any visual changes, even though it doesn’t go as deep as Hexowatch and has fewer features.

Pagescreen also has great UI/UX so you can count on having a pleasant experience using it. It’s also very simple to configure and set up.

But what I personally dislike is the hourly monitoring. This means less server usage (good for them), but also fewer “checks” for us, and sometimes and in certain niches, having an hourly check is not viable enough.

I will only buy Pagescreen’s deal if I just want to track the visual changes that takes place in the websites I’d like to monitor. But, if I need a deeper monitoring tool, I’d rather pay more and get Hexowatch instead for its more advanced features.

Want to stay updated with our latest reviews? Subscribe to our newsletter below! You may also read more SaaS reviews here. 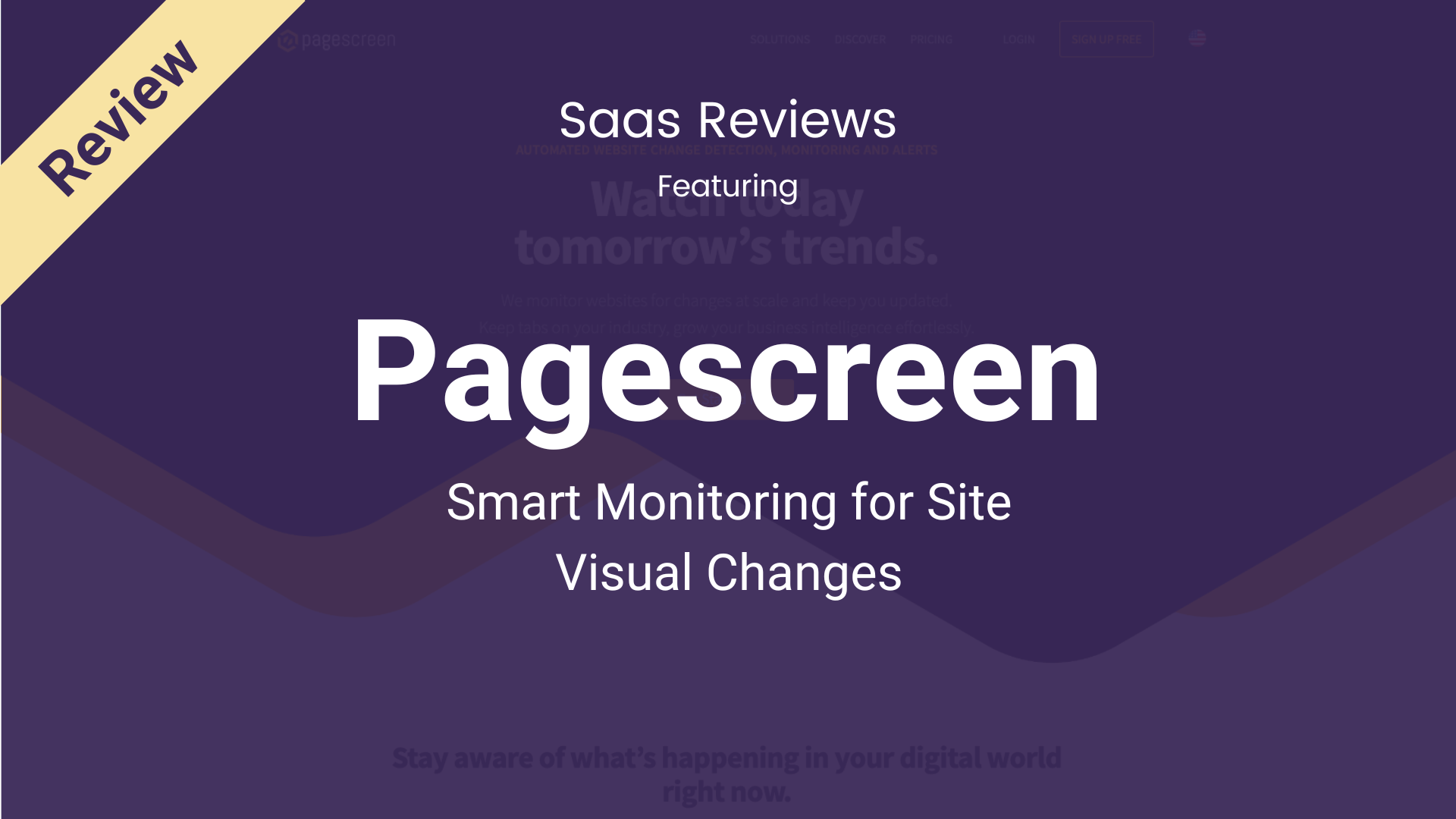